The Basic Components of the Honey Bee Hive

The honey bee hive consists of several boxes that are named after their colony use versus simply the size.

The most common naming convention among beginning beekeepers is simply a brood box and a super. The brood box is the box where the queen lays her eggs (the “brood”) and the super box is where the remaining worker bees place the honey stores. So, you may also hear them called honey supers.

The more experience beekeepers tend to use the size and function in their names, so you may a “deep box” or “deep brood box”, which refers to the box as before where the queen lays her eggs.

Super boxes for the Langstroth hive come in 3 sizes:

Then we have top and bottom boards that also come in different variations:

Top boards with inner and outer covers, used mostly up north and Migratory Top boards more commonly used in Florida since we don’t have a huge temperature differential that causes condensation inside the hive.

Bottom boards can be solid or screened. The screened bottom board is known to be used in the control of the varroa destructor mite.

Then we have frames and sometimes we have foundation. 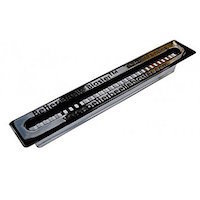 Alternate Recipe that we use:

Shipping cost: Carrier calculated
Shipping: USPS Priority Mail in the continental US only

Farm Pick Up cost: Free
Farm Pick Up by Appt: Pick up appointments must be scheduled at least 24 hours in advance.

Save this product for later

Learn more: How to Select a Bee Smoker