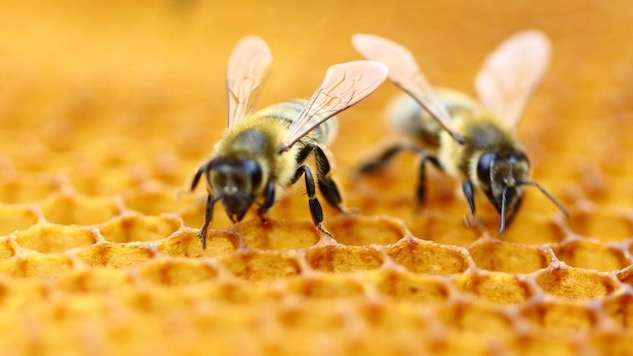 No, it is not illegal to kill honey bees.

However, it is considered bad practice to arbitrarily kill honey bees without at least making an effort to save them.

If people or property are in danger that is one thing.

Most of the time; however, the bees can be removed live without damaging the property or hurting anyone.

We have seen very few cases where we would recommend having a pest control company come and exterminate the bees.

Reputable pest control companies will first do everything they can to save honey bees before resorting to extermination.

Killing honey bees is often just a quick fix that doesn’t solve the problem and costs more in the long run.

Have a Question about Honey Bees or Bee Removals? 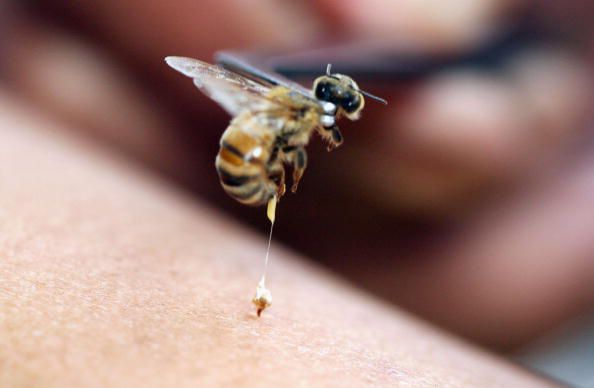 Getting stung by bees kind of goes with the territory when beekeeping and doing bee removal work.

Even when wearing protective bee equipment, it is still hard to avoid being stung when you work around tens of thousands of bees every day.

Tim’s  has been stung more times than he can count: hundreds of times every bee season.

What to do when you get stung by a honey bee?

You want to use your fingernail or a credit card to “scrape” the stinger out as soon as possible.

The stinger has a muscle and venom sac attached. The longer it is in your skin, the more venom is injected.

Never grab it or use tweezers – this will only inject more venom from the attached venom sac by squeezing it’s contents into the skin.

How to know if you are allergic?

Don’t panic and do your best to not disturb the bees. Sudden movements and banging on their home is sure to stir them up. They are attracted to sweat and carbon dioxide (our exhale). The best thing to do would be to call a professional bee hive removalcompany asap and keep a safe distance.

For the most part, Africanized bees do exist in all over Florida. Most of the honey bee colonies we remove are typically your average honey bee colony with some africanized traits. They are not African “Killer” Bees. Every once in a while however, we do come across some honey bees that is so mean that they are hard to work. For these jobs, one must stay completely covered up in protective gear until leaving the job site and keep everyone else inside.

States that have seen the most incidents of Africanized honey bees are Florida, Texas, Arizona, New Mexico, and California. Although the Africanized bees can be a concern, the media has hyped them up a bit in their usual fashion. That having been said, our advice is to be cautious around any kind of bees nest.

If you are being stung by bees, the best response is to run away covering your nose and eyes until they stop chasing you or to go inside as quickly as possible. If you run into a car, do not get out again even if you have a few bees in the car.  Also, do not to jump into a body of water, as the bees can still be waiting for you when you come up for air.

We also do not remove bees buzzing around flowers and plants. This is a normal part of pollination and bee life. Once the plants are done blooming, the bees will leave. 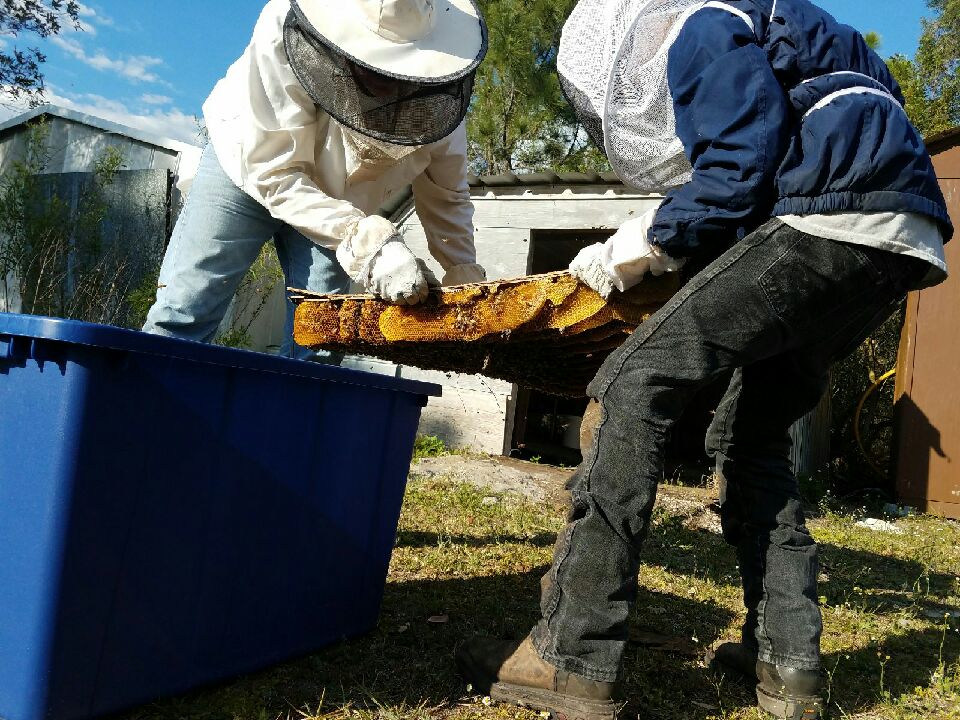 We have completed honey bee hive removals for 6 years and have over twenty years construction experience. When you hire us, know that you are hiring a professional bee removal specialist!

We teach at two local bee groups, beginning beekeepers and Tim is working on level 3 of UF’s Master Beekeeper Program – the Master Level.

Yes. When GreenView Aquaponics Family Farm & Apiary does the repairs to the access area, we will guarantee that honey bees will not return to the the exact location they were removed from. We do the access area repairs only occasionally when they fit within the scope of our work quoted.

Normally, we do not do the repairs, then we will not guarantee against re-infestation of new bee colonies. However, we will be happy to inform you how repairs should be done to prevent bees from ever coming back to that spot again.

In the unlikely event that the problem is not taken care of the first time, GreenView Aquaponics Family Farm & Apiary will continue coming back until the problem is fixed or we will refund part or all of your money. This is at our discretion.

Note: that after a bee hive removal job is complete and the entry point sealed, it is normal to have a few forager bees coming back. They will not be able to get through the sealed entry point. These forager bees can hang around for up to a week or two before they are completely gone.

GreenView Aquaponics Family Farm & Apiary reserves the right to withhold this guarantee for certain situations, but will inform the customer before beginning and it will also be stated on the bee hive removal proposal/invoice/receipt. 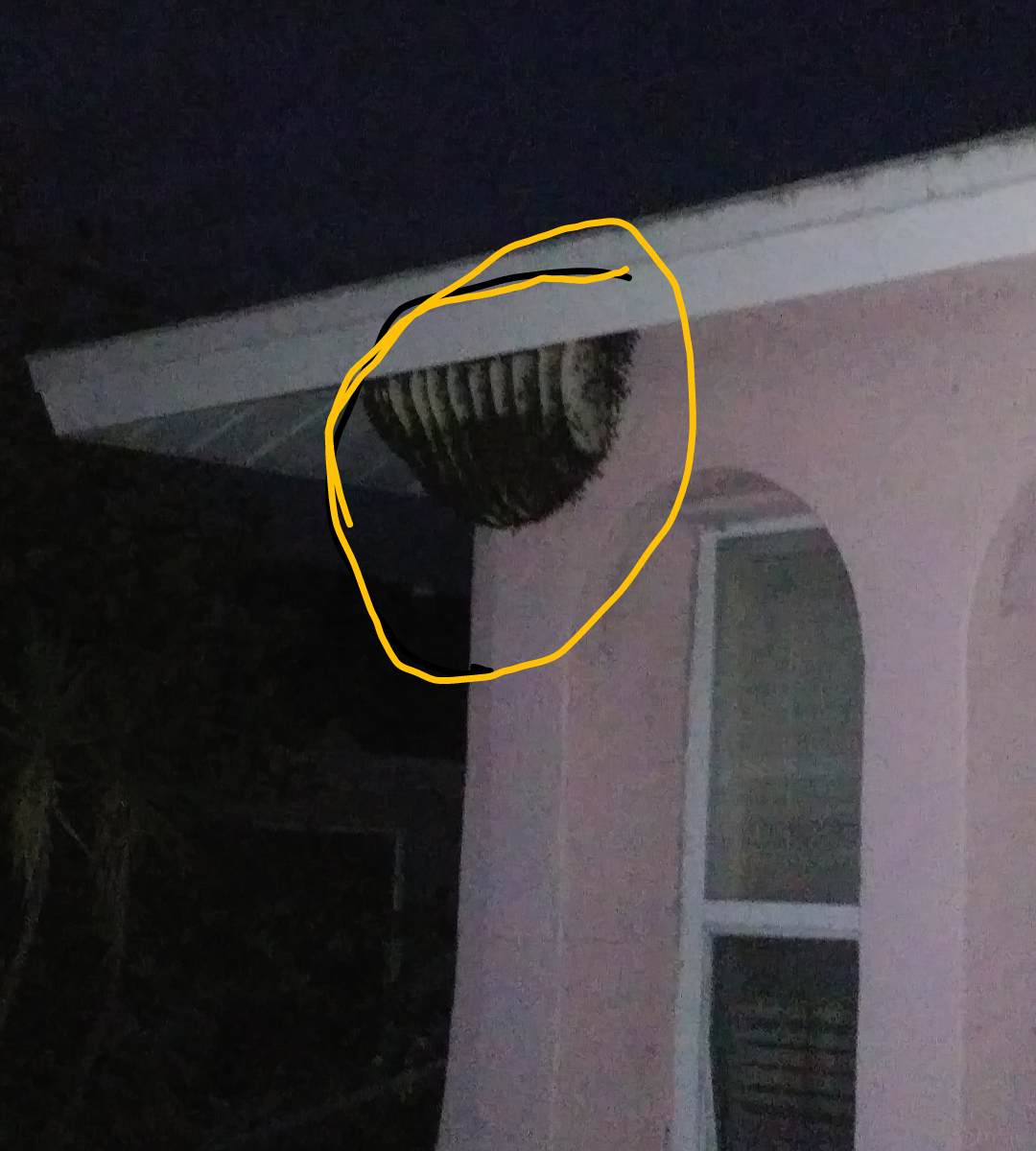 In Bee Hive Removals, why is this so important?

Without insurance, you would become liable for the beekeeper’s actions since you hired them.

Not to mention mishaps that involve property damage. Who’s going to pay for that without insurance?

Neighbor get stung? Hopefully they were not allergic….

The scenarios are endless when it comes to risks involving folks working in or on your property. We are very conscientious and insured to be absolutely certain that anything we do that we do it with permission, care, and proper knowledge & training. 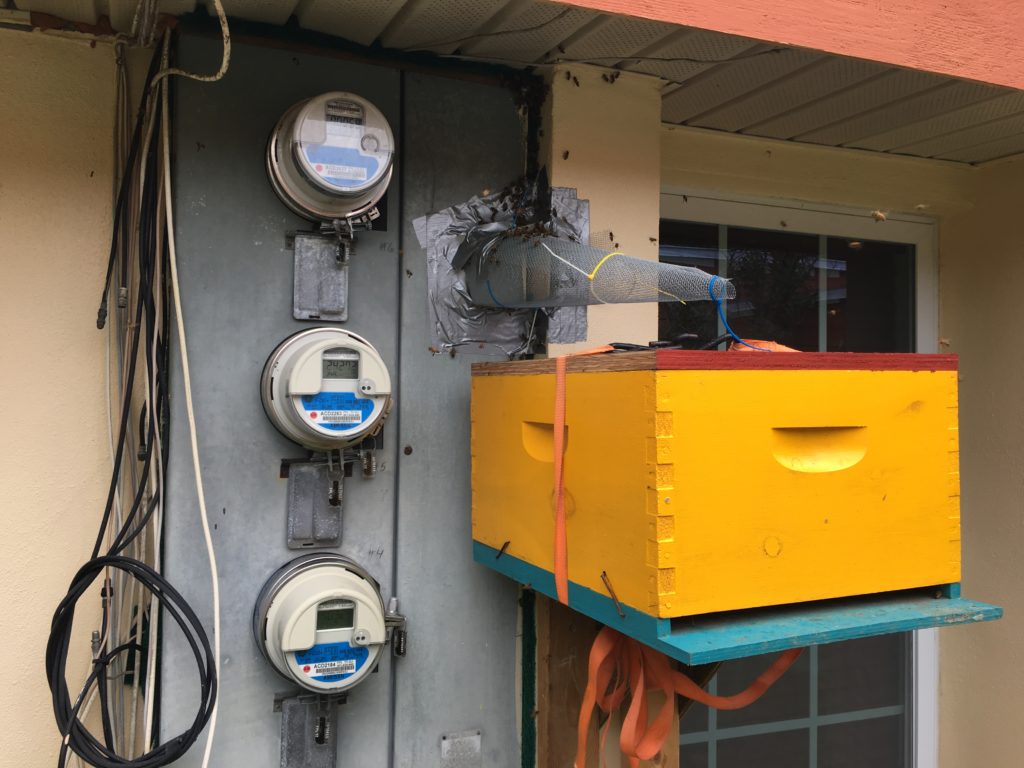 Swarms can be “vacuumed” up in about an hour if they are readily accessible.

With a “Cut Out”, we often times have to come back in the evening the following day to pick up the “bee hive box”, so we can make sure we have all the foraging bees in the box when we leave. 30-40% of the bees will be out gathering nectar and pollen when we originally arrive to relocate the colony during the day.

If it’s a “Trap Out”, it can take 6-8 weeks and multiple trips, in order to ensure as many of the bees hatch and come out and eat as much of the resources possible before we close up the opening . Eventually the bees inside the wall will run out of resources since the foraging bees will not be able to come back inside to refill their stores and they will join the others in the box outside the opening. This process is a very managed process and takes some time to be completed properly.

Each situation can be very different dependent on where and how long a bee colony was able to colonize. The above time frames are approximations based on years of successful bee relocations. 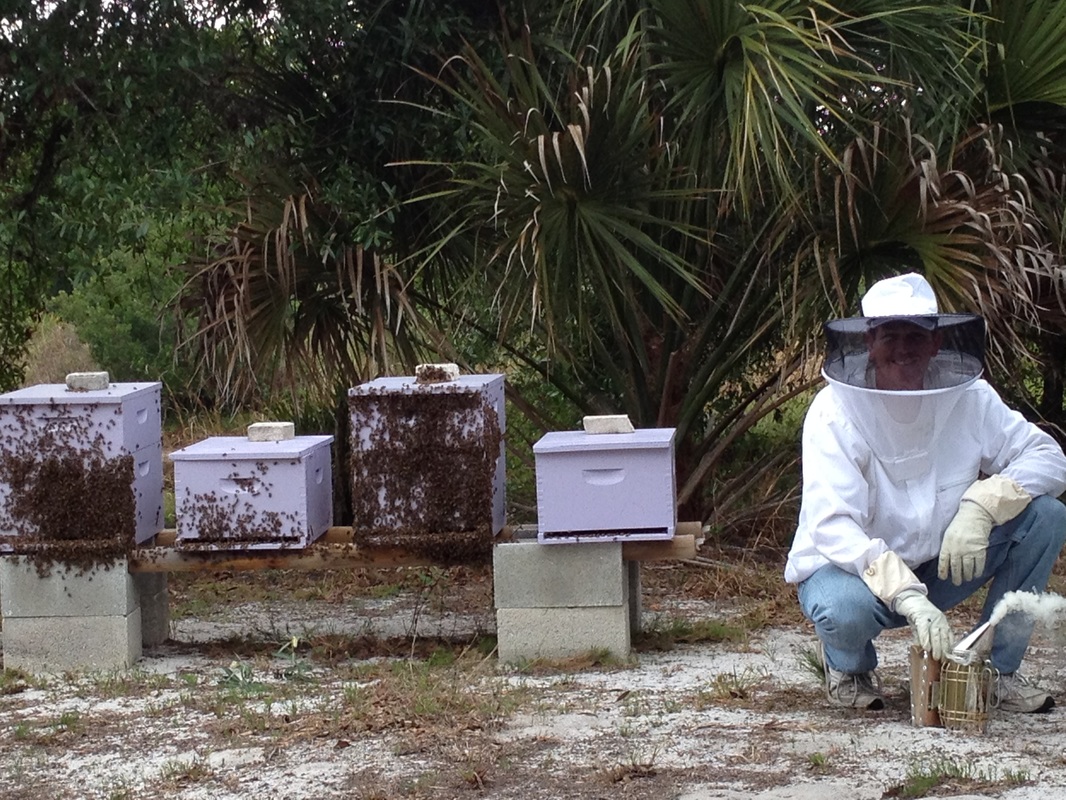 Though we hope you choose GreenView Aquaponics Family Farm & Apiary, we know that there are other bee hive removalservices/companies out there. Some do excellent work. Others, you will be sorry you ever hired. So, how do you decide which company to go with?

Here are some questions that may be helpful to ask: 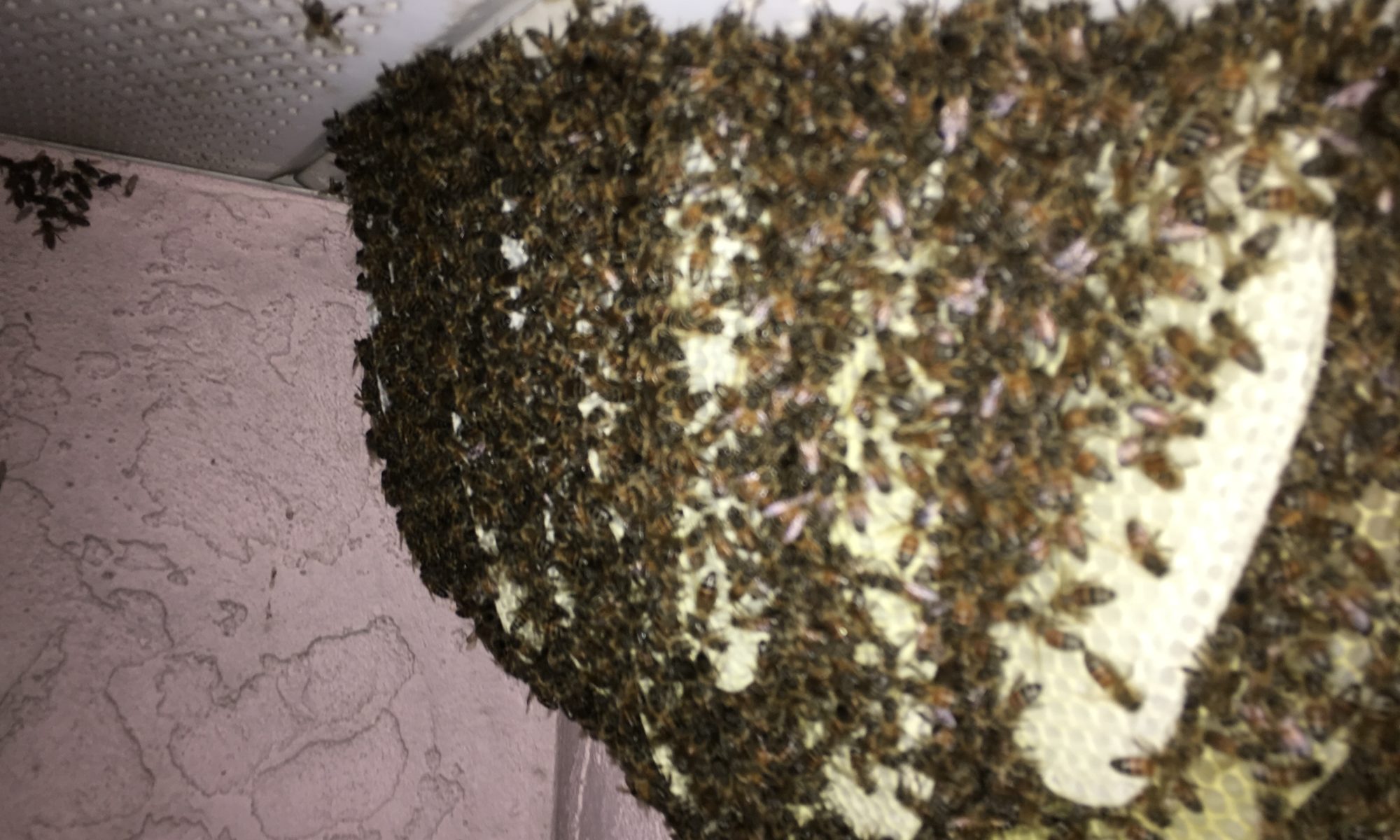 Just remain at a safe distance and keep an eye on the bees, if it’s a swarm.

This website uses cookies to improve your experience while you navigate through the website. Out of these, the cookies that are categorized as necessary are stored on your browser as they are essential for the working of basic functionalities of the website. We also use third-party cookies that help us analyze and understand how you use this website. These cookies will be stored in your browser only with your consent. You also have the option to opt-out of these cookies. But opting out of some of these cookies may affect your browsing experience.
Necessary Always Enabled

Any cookies that may not be particularly necessary for the website to function and is used specifically to collect user personal data via analytics, ads, other embedded contents are termed as non-necessary cookies. It is mandatory to procure user consent prior to running these cookies on your website.